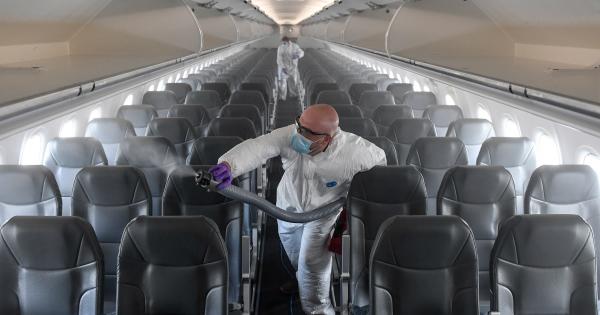 You’ve studied dynamic pricing in the airline industry. How do ticket prices work under ordinary circumstances?

Most air carriers offer different types of tickets, and this will immediately impact how much you pay. Think economy class versus first class. Over the past decade, there have been substantial changes to economy tickets. We’ve seen a “de-bundling of the bundle.” Historically, an economy ticket got you a seat assignment, a free checked bag, etc. Low-cost carriers were the first to offer basic fares that did not include these characteristics. This created downward pressure on prices for more traditional airlines who were still offering the bundle, but now at lower prices. These carriers eventually responded by creating basic fares. We’ve also seen some airlines create premium economy seats. Hence, airlines offer tickets of different qualities.

Several travel websites provide suggestions on when to book tickets, and you may have seen “Buy now” or “Wait” suggestions online. There is another reason why when you buy matters. Fares also depend on how full the plane is. Airlines are constantly updating prices based on current bookings and updated forecasts. If bookings are lower than expected, prices may fall. This makes sense: why have a plane go out at half capacity when lowering the price would fill more seats? So if you happen to be looking at a flight that is underperforming, the price may go down tomorrow or in the future. This is commonly referred to as revenue management.

By “when you fly,” I mean seasonality and related factors. Many airline markets have predictable fluctuations in demand: Winter in the U.S. typically means full planes and high fares on flights to Australia. Weekend flights to Ft. Lauderdale are full because of cruise ships. Thursdays and Fridays are busy for many business markets. This will affect prices.

“Airlines have slashed schedules and are operating 30-50 percent of the flights they usually operate. We’ve seen airlines announce the temporary or permanent retirement of entire fleets of aircraft.”

Where you go is also important. Los Angeles to Bangkok typically has much lower prices than Los Angeles to Singapore because of differences in business versus leisure traffic. Nonstop flights may or may not be cheaper than connecting itineraries. However, where you fly also means, who can you fly? The number of competitors in a market can have a big impact on prices. There is evidence that more competitors flying a route is associated with prices not increasing as much over time.

How big is the drop in demand from COVID-19? What has it meant for the airlines’ economic models and ticket prices?

COVID-19 has had an enormous impact on the travel industry, and the drop in passenger traffic has been significant. In April, airlines were reporting load factors (percentage of seats occupied) in the single digits. There has been some recovery since hitting bottom in mid-April. As of the end of September, the number of passengers departing U.S. airports is about 30% of what it was during the same time last year.

We’ve also seen a huge decrease in supply. Airlines have slashed schedules and are operating 30-50% of the flights they usually operate. We’ve seen airlines announce the temporary or permanent retirement of entire fleets of aircraft. For example, Air New Zealand announced they will not be bringing back their largest international aircraft until September 2021 at the earliest. Delta announced the retirement of their largest planes in May.

Low demand means lower prices, and some industry reports are suggesting fares are down up to 40%. There has also been a change in the composition of the demand. Airlines have seen some recovery in leisure traffic, but not in business traffic.

“Demand may increase (slightly) as airlines and airports roll out rapid testing centers. This may also result in increased international traffic as some countries allow for testing out of required quarantines.”

There is also a question of what airline networks will look like going forward, and this is a particularly relevant question now. The CARES Act provided billions of dollars in assistance to the airlines, with the requirement that if an airline accepted assistance, it would be required to maintain service to all of its markets and not lay off any staff until October 1. New Haven is a good example. Before March, American offered several daily flights to New Haven. By accepting funds through the CARES Act, American had to maintain at least once-daily service to New Haven (they reduced service to a single flight to Charlotte). American stopped (at least temporarily) service to New Haven on October 7.

Do the airlines need additional government aid to survive?

Airlines are part of a larger economic sector that has been significantly impacted by COVID-19, and I believe any discussion of government aid should consider transportation more broadly. Airline demand is not expected to fully recover for a few years. Therefore, airlines should downsize, and we are seeing this take place now. Airlines have reduced cash burn throughout the summer. I believe demand may increase (slightly) as airlines and airports roll out rapid testing centers. This may also result in increased international traffic as some countries allow for testing out of required quarantines.