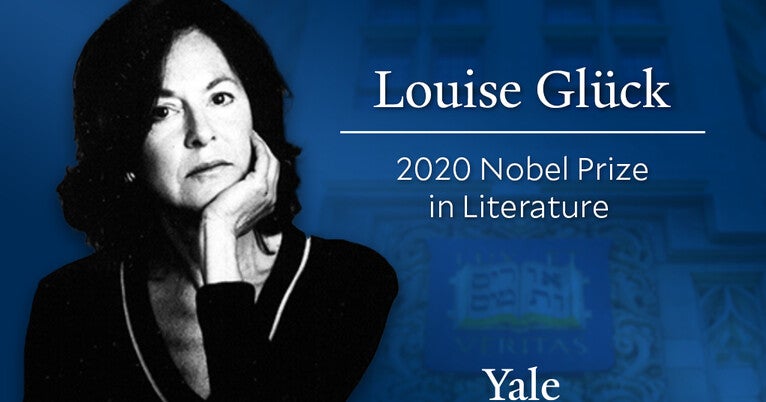 Glück, who has published 12 collections of poetry, won the Pulitzer Prize in 1993 for her collection “The Wild Iris” and the National Book Award Critics Circle Award in 1985 for “The Triumph of Achilles.” Her many other honors include the 2001 Yale Bollingen Prize, the 2014 National Book Award for her poetry collection “Faithful and Virtuous Night,” the 2015 Gold Medal of Poetry from the American Academy of Arts and Letters, and the 2016 National Humanities Medal, one of the highest honors in American culture. She was the U.S. Poet Laureate 2003-2004.

At Yale, Glück has brought young poets to the attention of wider audiences as the judge from 2003 to 2010 of the Yale Series of Younger Poets Prize, the oldest annual literary award in the United States.

The academy noted that her poems and volumes of essays on poetry “are characterized by a striving for clarity.” The themes of childhood and family life, including the relationship between parents and siblings, are common in her work.

“In her poems, the self listens for what is left of its dreams and delusions, and nobody can be harder than she in confronting the illusions of the self,” said Anders Olsson, chair of the Nobel Committee. “But even if Glück would never deny the significance of the autobiographical background, she is not to be regarded as a confessional poet. Glück seeks the universal, and in this she takes inspiration from myths and classical motifs, present in most of her works. The voices of Dido, Persephone, and Eurydice — the abandoned, the punished, the betrayed — are masks for a self in transformation, as personal as it is universally valid.”

Glück attended Sarah Lawrence College and Columbia University. She has taught poetry at numerous colleges and universities. She lives in Cambridge, Massachusetts.

This story will be updated throughout the day.