CHAMPAIGN, Ill. — In a collaborative effort between scientists and personnel on U.S. military bases in 31 states and Puerto Rico, researchers surveyed for an infection caused by an emerging fungal pathogen that afflicts snakes. The study found infected snakes on military bases in 19 states and Puerto Rico, demonstrating that the fungus is more widely distributed than was previously known. The team reports the findings in the journal PLOS ONE. 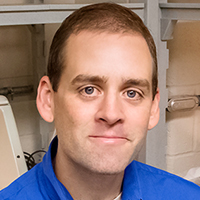 Dr. Matt Allender, a professor in the veterinary diagnostic laboratory at the University of Illinois Urbana-Champaign, led the new research.

“Ophidiomycosis – formerly known as ‘snake fungal disease’ – is an emerging infectious disease caused by the fungus Ophidiomyces ophiodiicola,” said Dr. Matt Allender, a professor in the veterinary diagnostic laboratory at the University of Illinois Urbana-Champaign who led the new study. “It has been documented in over 15 genera of wild and captive snakes. Infection with the pathogen causes a wide range of clinical signs in snakes, from difficulty shedding skin, to crusts and ulcers on the head and body, and even death in some cases.”

Allender is the director of the Wildlife Epidemiology Lab at the U. of I. and an expert on ophidiomycosis.

“We looked for this pathogen in samples from 657 snakes and found that 17% were infected. Our findings include the first reports of this disease in Oklahoma, Idaho and Puerto Rico,” he said. 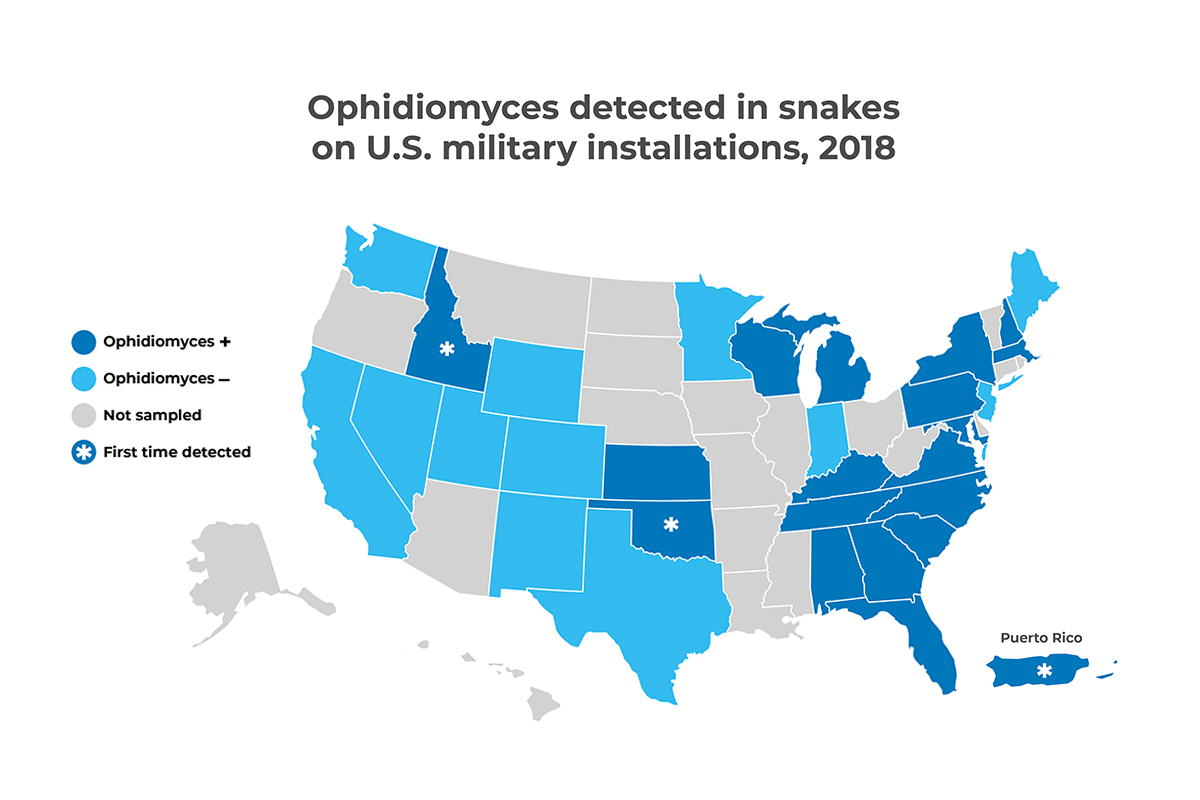 Graphic by Michael B. Vincent

The team tested swab samples taken from snakes representing 58 species. The researchers used a qPCR assay they developed, which amplifies the DNA in small samples to detect and measure the extent of infection. Biologists who collected the samples also inspected the snakes for scabs or other signs of disease. The scientists detected the pathogen in samples from 113 snakes representing 25 species including copperheads, eastern diamondback rattlesnakes, Puerto Rican boas, sidewinders and whip snakes.

This likely reflects a larger distribution of this disease in snakes in the eastern U.S. than previously thought, and its possible expansion from east to west, Allender said. The disease was first confirmed in 2006 in a population of timber rattlesnakes in New Hampshire.

Snakes worldwide are suffering as a result of habitat loss, climate change and infectious diseases like ophidiomycosis. Their health and abundance are important to human health, as snakes control populations of small mammals that carry and amplify pathogens that also cause disease in humans such as hanatavirus and Lyme disease, Allender said.

Natural lands on military bases provide an unexpected sanctuary for many threatened or endangered species, he said.