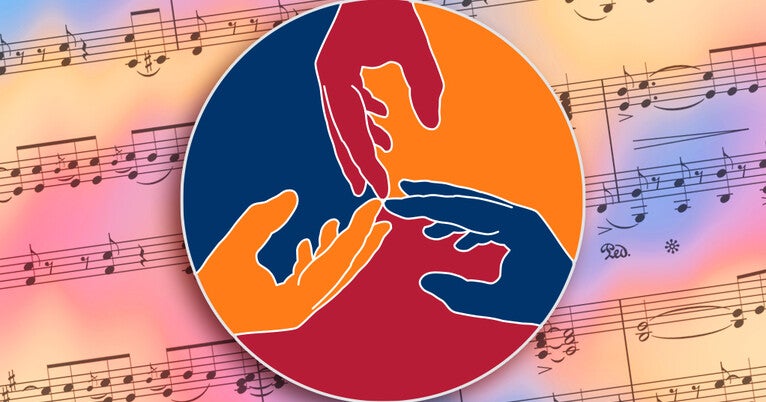 The Yale Glee Club, together with the Harvard and Princeton glee clubs, will offer a musical response to the nation’s tumult over racial injustice with a virtual benefit concert on Saturday, Oct. 17.

‘Hand in Hand’: a benefit with the Yale, Harvard, and Princeton glee clubs

The concert, titled “Hand in Hand,” will feature works by composers of color and will benefit three nonprofit organizations that are engaged in work for equity and justice in arts education, each picked by the choral groups: Music Haven in New Haven (Yale), Castle of Our Skins in Boston (Harvard), and Head Start in Trenton (Princeton). Music Haven provides free music lessons and mentoring to students in New Haven schools, primarily serving students of color.

“It’s been a tradition for over 100 years for the Yale Glee Club to perform every fall in a joint concert with the Harvard and Princeton glee clubs, usually whenever the Yale football game takes place on the groups’ respective campuses,” said Jeffrey Douma, director of the Yale Glee Club and professor (adjunct) of music. “This year, we decided that we wanted to do something that speaks to this moment we are in as a nation, and as a benefit for organizations that are doing important work in diversity, equity, and inclusion.”

For the virtual concert, each choral ensemble will have a 25-minute set presenting previously recorded musical pieces or newly recorded virtual performances. The finale will feature all 180 singers of the three clubs performing composer Brandon Waddles’ new arrangement, commissioned specially for this concert, of the Isley Brothers’ 1985 hit “Caravan of Love.” The song will be introduced by Cornel West, professor of public philosophy at Harvard Divinity School and a former faculty member at both Princeton and Yale.

“This year, all of our rehearsals are virtual,” said Douma. “We meet online to learn new music, which is challenging, but can be done. We are doing everything we can to make these gatherings — and this concert — as vibrant as can be in this virtual setting.”

“Hand in Hand” will livestreamed at 7 p.m. on the platform On Four Live. The suggested minimum donation is $5; students can register for free.