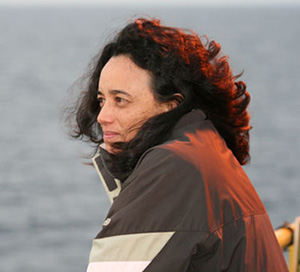 Christina Ravelo, professor of ocean sciences at UC Santa Cruz, has been selected by the California Academy of Sciences to join the ranks of Academy Fellows, a governing group of around 450 distinguished scientists and other leaders who have made notable contributions to science or science education and communication.

Nominated by their colleagues and selected by the Board of Trustees, the Academy Fellows are partners and collaborators in the pursuit of the academy’s mission to explore, explain, and sustain life. The new members will be inducted during a virtual meeting on October 13, 2020.

In 2014, UCSC’s Division of Physical and Biological Sciences awarded Ravelo its Outstanding Faculty Award. A fellow of the American Geophysical Union, she earned her Ph.D. in geological sciences at Columbia University and a B.S. in geology and B.A. in anthropology at Stanford University. She joined the UCSC faculty in 1991.