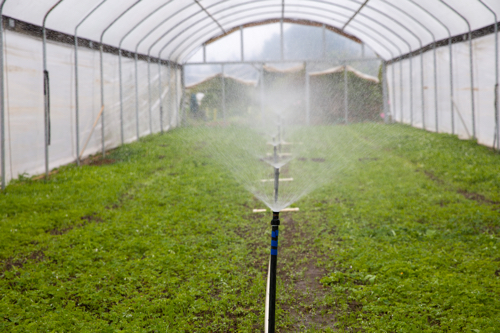 Today’s per capita water use has declined 40 percent from a three-year average in 2003-2005. UC Santa Cruz continues to develop new ways of reducing its usage and reusing water.

Following discussions to resolve the disagreement over the past several years, and as recently as August, leaders with UC Santa Cruz and the city of Santa Cruz have reached an impasse and agreed that the court needs to resolve the matter.

“I strongly believe that most disagreements can be worked out if people sit down and talk things through,” Chancellor Cynthia Larive said. “Sometimes circumstances prevent people from reaching an agreement despite the best of intentions. In such cases, an outside opinion is helpful if not warranted.

UC Santa Cruz and the city have a strong and productive relationship and we both agree that it will continue, particularly through our shared commitment to water conservation.”

The chancellor and the mayor of Santa Cruz issued a joint statement, stating both parties agree that asking for a judge to weigh in is the best path forward to resolve this dispute.

The UC Board of Regents and city leaders signed agreements in 1962 and 1965, which include commitments for water service. The city agreed—even before the campus was built—to provide the site—which has included at all times the property located in the northern regions of campus (North Campus) and the property immediately adjacent to campus located west and south of Empire Grade—with access to essential services including water.

In expanding access to higher education for California’s residents, state leaders envisioned UC Santa Cruz to be a comprehensive research university that would eventually grow and educate thousands of students annually. Its 2,000-acre residential campus would be home to residential colleges, academic buildings, and other facilities. For nearly 40 years the city complied and honored these agreements with little or no dispute.

The disagreement is not about campus water usage, which the campus has significantly reduced over the past 15 years. UC Santa Cruz has a proven track record of carefully managing—and reducing—its water use. The campus is using less water than it did 25 years ago. In typical academic years, the campus only accounts for 6 percent of the demand in the Santa Cruz water district.

The campus’s strategic water master plan, developed in 2007 and fully implemented in 2013, has enabled the campus to save approximately 30 million gallons annually. The campus continues to look for innovative ways to reduce water use and to reuse water, including updating its leak detection system.

Today’s per capita use has declined 40 percent from a three-year average in 2003-2005. UC Santa Cruz continues to develop new ways of reducing its usage and reusing water.

The disagreement is about assurances by the city regarding water access. Under UC policy, campuses must have land-use plans—called Long Range Development Plans (LRDP)—to help leaders think about the ways in which the university may evolve. These plans designate certain areas of the campus as sites for possible housing communities, academic buildings, and other facilities and develop frameworks for potential transportation needs. The plan helps the campus meet the educational and research needs of its students, faculty and staff. Confirmed water access is critical to thoughtful and reasonable planning.

UCSC is simply asking for the city to confirm whether or not it intends to fulfill its original agreement with the University of California. Since campus and city leaders disagree on the meaning of these original agreements, they are asking the court to help us resolve the issue.

UC Santa Cruz has been an integral part of the Santa Cruz community for more than half a century. Learn more at ucsc.edu/better-together