What does American theater need to do to survive, post-COVID? 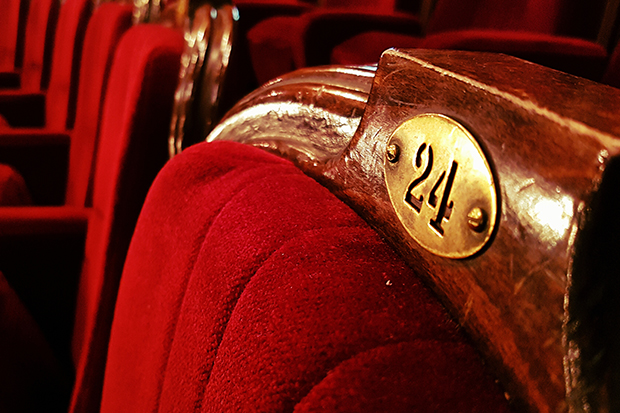 American theaters across the country are canceling seasons and laying off staff. Countless small theaters may have to close for good. BrandeisNow asked Dmitry Troyanovsky, Barbara Sherman ’54 and Malcolm L. Sherman Associate Professor of Theater Arts, to explain what theaters need to do to survive.

American theater artists need to revolt against the language of capital and business. Theater is not a production line and theater makers are not cogs in a profit-making machine. The pandemic showed that theater in America is unsustainable without major changes. If we are to affect change after the pandemic, we need to free ourselves from the trap of neo-liberal thinking that frames theater as a performance factory.

It’s not the first crisis facing American theater. During the 1960s, an audacious generation of theater makers, inspired by the counter-cultural ethos, challenged the status quo of mainstream theater. They formed the regional theater movement, which revolutionized the art form in America.

The movement provided a much-needed alternative to the economics and aesthetics of commercial theater in this country. However by the beginning of the 21st century, the regional model itself became ossified, letting down its communities, artists and audiences.

Many regional theaters were not nimble enough in their responses to the sociocultural and economic shifts taking place. Today, we’re still living in that failed landscape. We’re out of step with the innovations and practices of the rest of the world.  If you want proof of how the global community regards American theater, look at the listings of major international theater festivals. In those contexts, American theater is practically nonexistent.

Today, we need our own radical movement to rejuvenate American theater. We have to experiment with content and aesthetics. We need to interrogate our assumptions about the typical theater making process.

For example, asking artists to churn out fully staged productions in three to four weeks (a common rehearsal practice in American theater) is not only abusive to the people involved, it’s also a recipe for terrible art. The center of gravity has to shift from Broadway and middling regional companies to organizations that have a desire and capacity to upend things.

Among such institutions are American universities, which are ideally positioned to host vibrant incubators for daring performance. Donors and philanthropists who care about the future of American theater need to support university programs engaged in profound theatrical innovation.