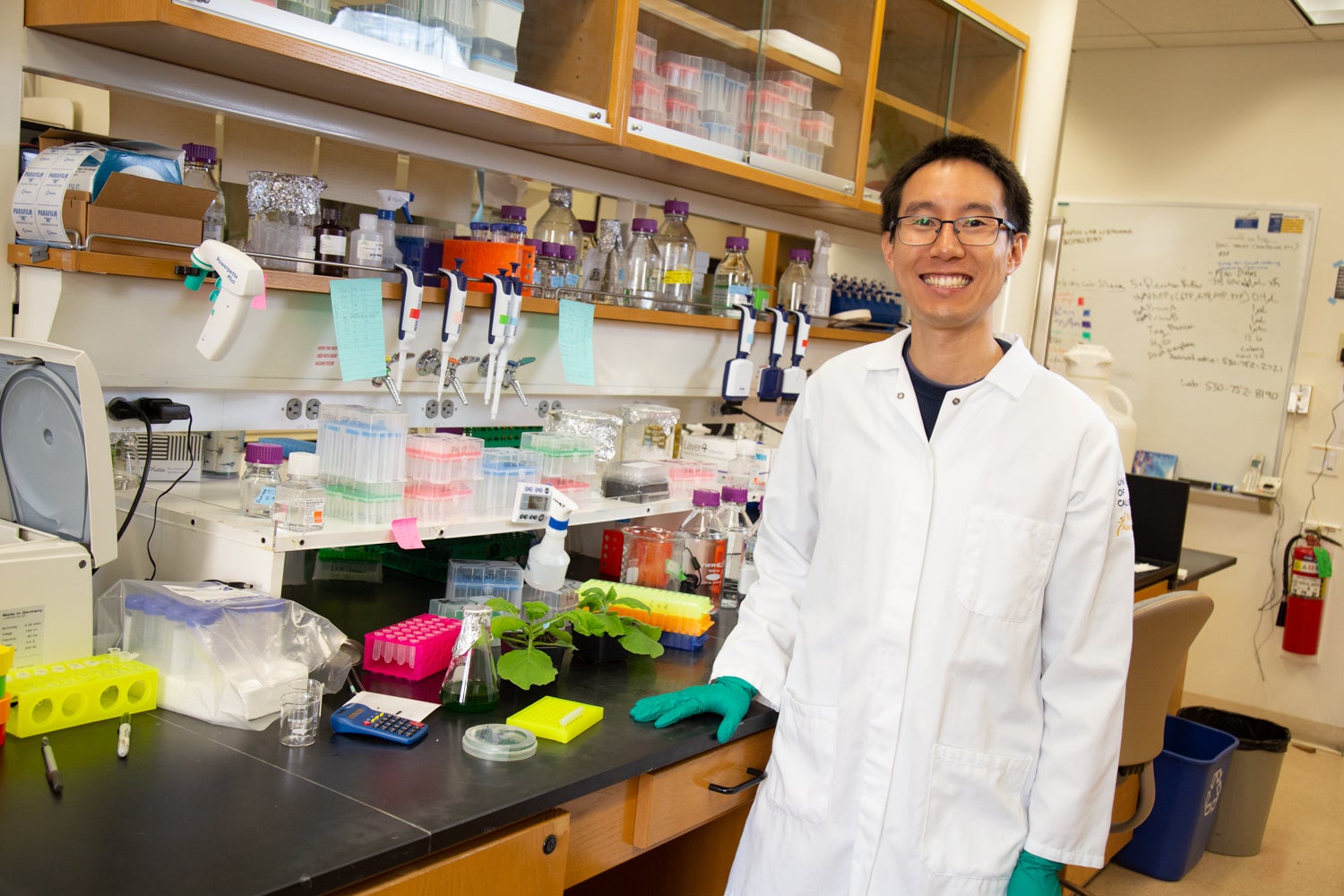 Patrick Shih, a biologist who studies the evolution of enzymes that play a central role in taking carbon out of the atmosphere, has been awarded a 2020 Packard Fellowship in Science and Engineering by the David and Lucile Packard Foundation.

“We are very excited that Professor Shih will be a Packard Fellow, one of the most prestigious awards available to junior faculty,” said Mark Winey, dean of the College of Biological Sciences. “He is among the scientists digging through the vast array of DNA sequence information from thousands of species to infer the evolution of an enzyme critical to life on Earth.”

The fellowship will provide $875,000 over five years to support Shih’s work on the enzyme ribulose-1,5-bisphosphate carboxylase/oxygenase, or rubisco. The most abundant enzyme on the planet, rubisco is involved in “fixing” carbon from atmospheric carbon dioxide so it can be turned into sugars by photosynthesis. It’s found in some form in nearly every green living thing on the planet, and its history goes back billions of years to the origins of photosynthesis.

Shih has studied the evolution of rubisco and how it is tied to changes in Earth’s environment. Almost all the fixed carbon on Earth is there because at some point, rubisco grabbed it out of the atmosphere, he said.

“If we can understand how it evolved, perhaps we can find ways to better engineer it,” said Shih, assistant professor in the Department of Plant Biology, College of Biological Sciences. In addition to his UC Davis laboratory, Shih leads a research group in the Joint Bioenergy Institute, or JBEI, at the Lawrence Berkeley Laboratory.

Jurassic Park in a test tube

Life on Earth today represents only a tiny fraction of all the living things that have ever existed. By looking at rubisco in a wide range of modern organisms, Shih’s lab can work backward to ancient, ancestral forms of the enzyme and study their kinetics.

“It’s like Jurassic Park in a test tube,” he said.

And there are still surprises out there: In August of this year, Shih and colleagues at LBL and UC Berkeley identified a new variant of rubisco in unknown microorganisms from wastewater and subsurface environments.

“This is a well-deserved award and recognition,” said Professor Savithramma Dinesh-Kumar, chair of the Department of Plant Biology. “This award will give Patrick the opportunity to take risks as a junior faculty to answer questions on the origin and evolution of photosynthesis.”

Shih is among 20 Packard fellows announced this year. The program was created in 1988 to support “blue-sky thinking” by scientists and engineers with the belief that over time this research would lead to new discoveries that improve people’s lives and enhance our understanding of the universe.