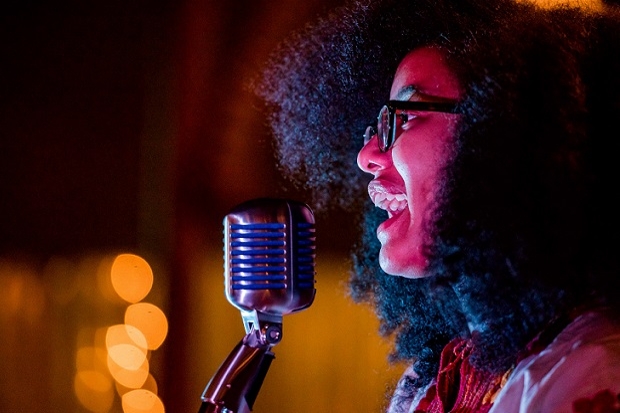 For the first time in her academic life this fall, Kenia Arbaiza ’24 learned about her identity and history as a Latina.

“I have Central American roots, and I’ve had teachers who were immigrants, too, but they were teaching us about U.S. history, not teaching me about their own history or my history,” Arbaiza said. “This class has really challenged me to reconcile my own identity and what parts of it were brought on by me and what parts were forced on me by means of surviving in this country as a person of color and a woman.”

The course explores the literature, art, self-expression and personal histories of Latina/x feminists across a wide array of identities, including Chicana, Dominican American, Cuban American, Salvadoran American and Puerto Rican. Durán provides students with a high-level overview of what feminism means at the start of the semester and also introduces students to the contributions of Black feminists.

Durán said she created the course, a mix of in-person and remote teaching, to shed light on a lesser-known facet of global feminism.

“This class tries to think about how we know what we know,” Durán said. “In many ways it’s because of textbooks and historical narratives, and the class acknowledges that, but there are other epistemologies — starting with the lived experiences of Latina and Latinx feminists. Sometimes these are not part of a written archive. Sometimes it’s oral history, art, or performance, and students are very excited to share in these lived experiences.”

While the course includes studies on Latinx feminists — individuals who do not identify as part of the gender binary — Durán says the “x” in “Latinx” is also symbolic of the course’s use of intersectionality as a tool to analyze the complexities of politics, gender, sexuality, class, identity, race and ethnicity in the lives of Latina/x people.

Students are also introduced to different personalities through readings and guests, including Black Mexican American poet Ariana Brown, who spoke to the students in October.

“We connect what we learn in this class to the real world,” Arbaiza added. “Professor Durán really anchors in our minds that we are very much a part of our current history by our very existence.”

The course culminates in a final project in which students produce a short original anthology based on their own lived experiences and reflections of what they’ve learned from Latina/x feminists.

“The individuals we meet are ones who are bold, who are willing to challenge larger systems of power and show strength, audacity and personality,” said Durán. “It’s wonderful to see students of color come in and see this classroom as a space where they can be seen and where they’re not made to feel invisible.”